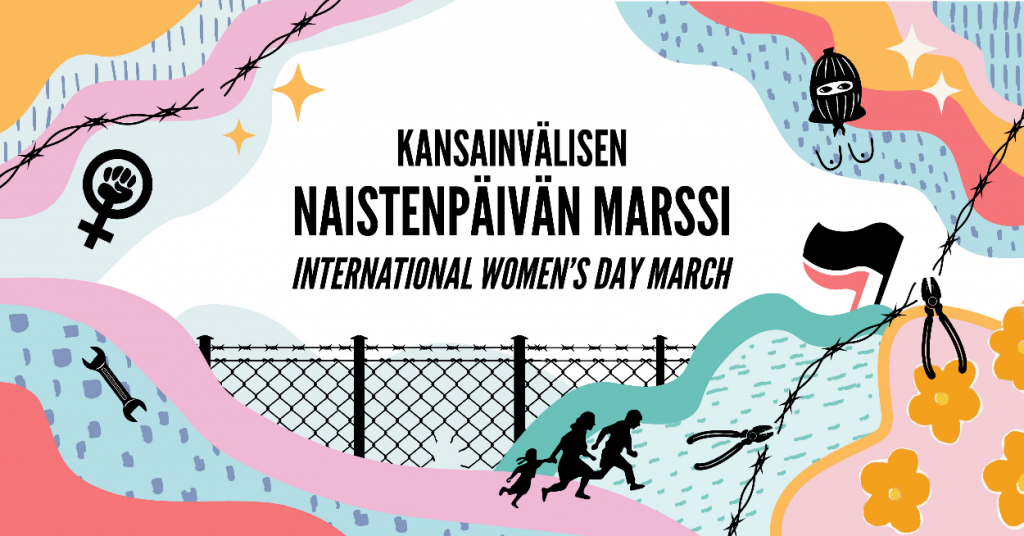 No freedom without the freedom of women: Pinkkimusta Helsinki joins the Women’s Day march for the liberation of women, transgender and non-binary people

Two years ago the corona virus hit the world producing an immense crisis. Many problems faced by the oppressed groups grew as the rich became richer, allowing the social inequalities to deepen. After a rough time of increasing domestic abuse and violence, unemployment, food and health insecurity and isolation, people decided to organize in solidarity all over the world. The women in Kurdistan keep progressing their emancipatory project in defence of their land and people. Ukrainian women, mothers and workers resist the violence of men in Kremlin. The women in Russia gather in the streets to protest the unjust war, facing detention by the authorities.

The fight must continue!
We take the feminist struggle to the streets of Helsinki. On the International Women’s Day, we march in line with feminist initiatives all over the globe, from Women’s Strikes to Reclaim the Night. Through this demonstration we celebrate the power and possibilities of change that emerge when we come together.

We organize because the violence against cis-women, trans-, queer and non-binary people and children must come to an end. Sexual and gendered violence should not be veiled as a migration issue since it originates from all-encompassing patriarchal and capitalist structures and is only worsened by racism and xenophobia. Women, trans and non-binary people are disproportionately affected by the increasing precarization. That’s why our struggle is not confined to one day of the year, but needs continuous attention at workplaces, home, schools, social offices and care centers.

We refuse to be part of a system that exploits women and feminized bodies through the same extractive logic as it exploits nature. We oppose the strengthening of national borders and the global border regime, which reproduce a nationalist and racist hierarchical order.

By organizing we affirm our strength as political subjects and reject all attempts to classify us as victims in need of protection. By coming together we reassure that it is us who define what our futures will look like. With our presence and the diversity among us we pave the way for an equal and feminist society. We are already many and in our crowd there is no room for (hetero)sexism, racism or fascism!

Please bring your own banners. The demonstration is organized by grassroot movements and is independent from party politics. Therefore we kindly ask you not to bring any political party flags in the demonstration.

Route and program: Gathering at Narinkkatori, Kamppi at 6pm.
The march begins at 6:30 pm. and ends with speeches beginning roughly at 7:30 pm in the Bear Park of Kallio.

After the event, there is a gathering for discussion, mingling, and friendship organized by the Emilia collective.
Place: Lymy (Pengerkatu 6, note the space is not accessibly by wheelchair!). 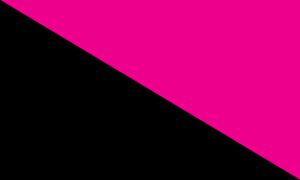