On September 12, 2018, a group of non-binary people and their supporters took over the trans clinic of Helsinki. With the occupation the activists demanded non-binary patients equal rights to hormonal and surgical treatments, and the abolition of the clinics’ gatekeeper cistem. As of summer 2018, both of the two trans clinics in Finland have refused to treat people with non-binary diagnosis. Before 2018, non-binary people had some limited access to hormonal and surgical treatment that people with binary diagnosis are entitled to.

Part of the group locked themselves with chains onto the structures of the waiting room and the police was called to cut them off. Seven were walked or dragged out of the building by police and six were detained, some of who were given fines. Everyone caught in the action was released the same evening.

“It was totally worth it”, said of of the non-binary people after being released from the police station: “direct action is needed for us to be heard. The new treatment policies have caused enormous distress for the whole trans community here. We will continue to take action until our demands are met.”

Pink Black Helsinki warmly thanks all participants and supporters. This is only the beginning! 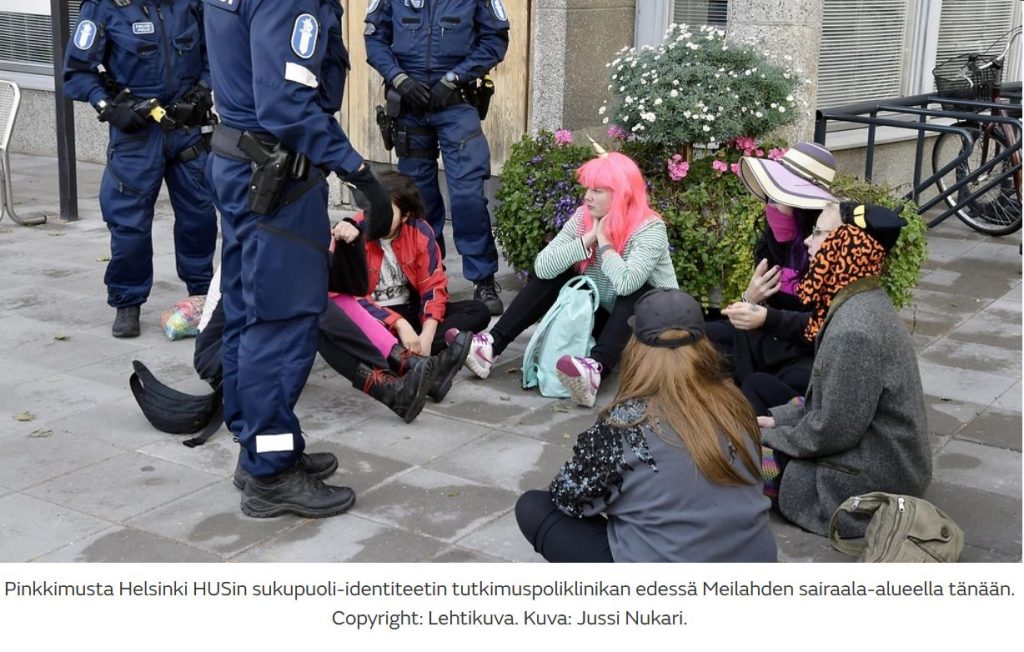 Activists have been dragged outside of the clinic. © Lehtikuva